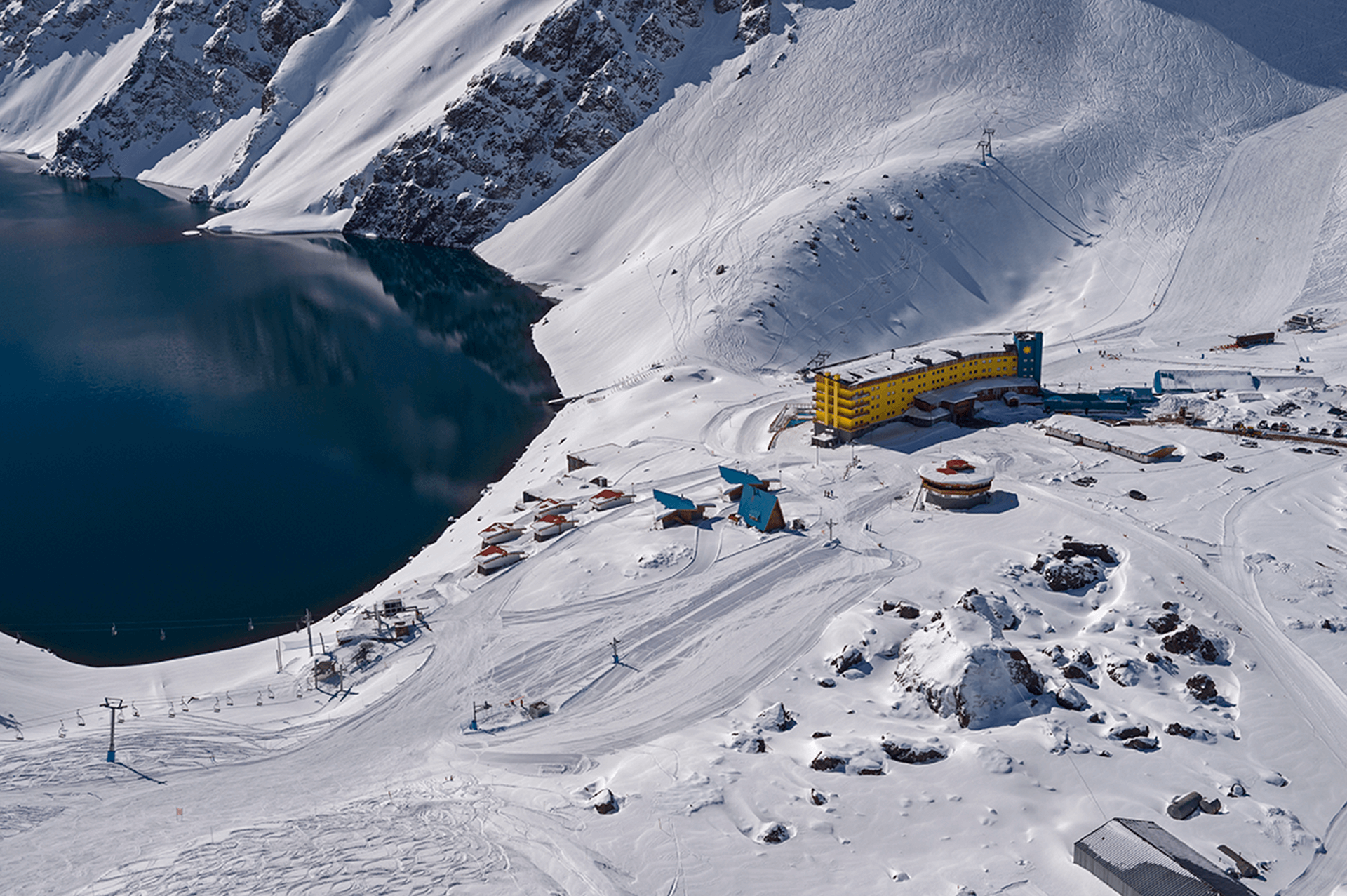 About Portillo Ski resort in Chile

First Ski Resort in Chile and in South America

In the heart of the Andes by the legendary Lake of the Inca, Portillo is a magical ski resort in Chile that attracts people from around the world to enjoy skiing in a unique high alpine setting. Known to bring families back year after year for generations, Portillo offers a unique experience unlike any other ski resort.

Portillo is unlike any other ski resort in the world. This ski resort in Chile, which hosts a maximum of 450 guests, brings together like minded individuals for a week and invites them to share the love for skiing and the mountains. At Portillo, everyone gets to know each other and becomes part of the social scene resembling a small, concentrated ski town. A place with history that remains unchanged and where guests meet and find familiar faces year after year. A place where meals are shared, families bond, new friends are found, and lasting memories made. 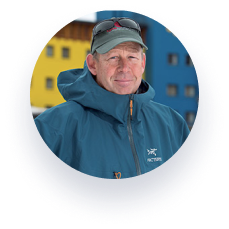 We try to maintain the spirit of a mountain refuge where you can enjoy a special atmosphere of relaxation and harmony among skiers who meet again, share their experiences and return year after year. 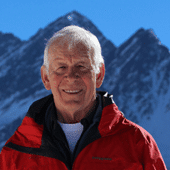 Portillo is, above all, a place to enjoy skiing. Adventurers have come from all over the world for more than a century to put their skills to the test in these mountains. Everyone comes with the same spirit to enjoy the challenge and charm of this wonderful place. 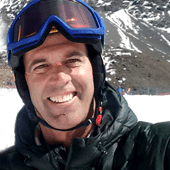 The objective for which we work every day in Portillo is that each guest has an experience full of variety: in snow conditions, activities, accessibility and with new and old friends. 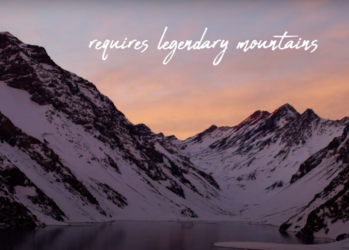 About Portillo Ski resort in Chile

Portillo was the first ski resort in Chile and in South America and has played an important role in world ski history. The only South American resort to ever host the World Ski Championships (in 1966), Portillo remains an icon in the ski world . To learn more about the history of Portillo we invite you to read the book The Spirit of the Andes, written by Henry Purcell and illustrated with classic images from Portillo’s first six decades, which can be purchased at the hotel shop. 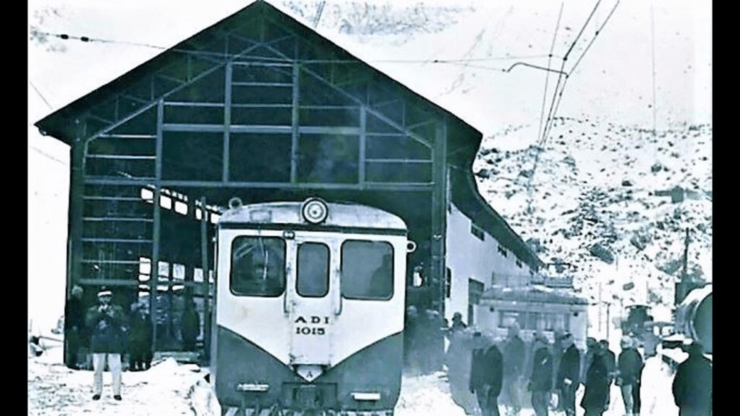 In 1887, the Chilean government began construction for a railway through the Andes, which could transport goods and passengers from Chile’s Central Valley to the Argentine city of Mendoza, and eventually to Buenos Aires. Amongst the engineers were two Norwegian engineers conducting winter studies of the proposed line. The Norwegians spent two winters in 1887 and 1888 traversing the region on skis and were surely the first skiers to cross the slopes of what would become the Portillo ski area. When the railway was inaugurated in 1910, recreational skiers would use it as uphill transportation. The Trans Andean railway was in effect the first ski lift in Chile. 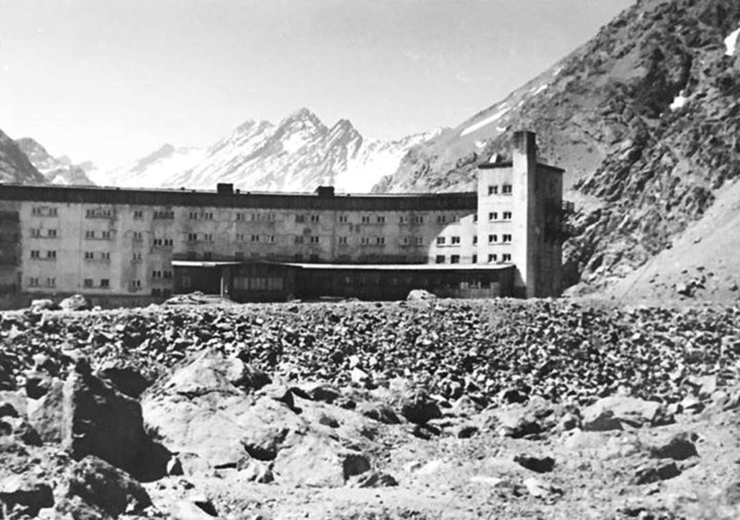 During the late 1930s, ski enthusiasts and adventurers visited the area that is now Portillo, and focused their efforts on developing the slopes around Laguna del Inca (Lake of the Inca), an area known as “Portillo” or “Little Pass”. European ski instructors then arrived, and a small mountain hut, known as Hotel Portillo, was constructed. Adventure-seekers came from Europe and the United States to ski the Andes alongside Chileans. The Chilean government developed the current building which houses Hotel Portillo, a 125-room hotel, inaugurated in 1949. After facing the struggles of running a ski area, the Chilean Government decided to privatize the hotel and resort in 1961, one of the first state businesses in the history of Chile to be sold to the private sector. 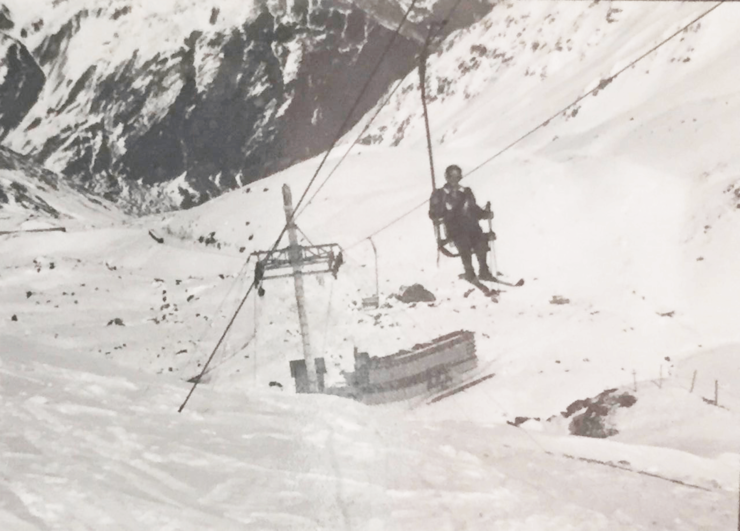 In 1961, Portillo was bought by two Americans: Bob Purcell y Dick Aldrich. They both knew South America and had skied at Portillo. Impressed with the beauty or the area and the incredible ski conditions, they saw the potential that the Chilean Andes had and decided to invest in modern installations for Portillo. On June 15, 1961 the Ski Portillo ski resort was inaugurated under new ownership, in the presence of distinguished guests, both American and Chilean, opening the doors and slopes to guests. 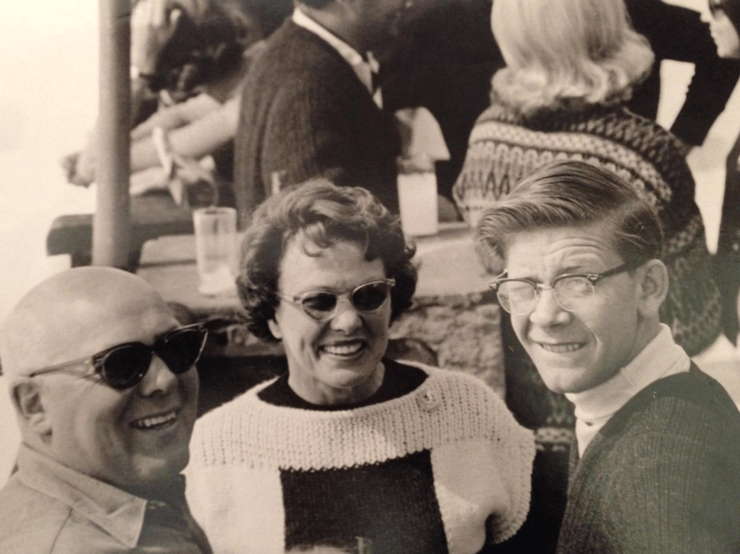 1962, The Dream of the World Championship

During the first year of operation, the owners of Portillo decided they needed an important sports event to stand out internationally, so they requested to host the 1966 World Skiing Championship. After much negotiation, the races were granted to the Chilean Ski Federation and Ski Portillo. There was much to prepare for the event and work began quickly, with August 1965 as the deadline for a pre-championship race. 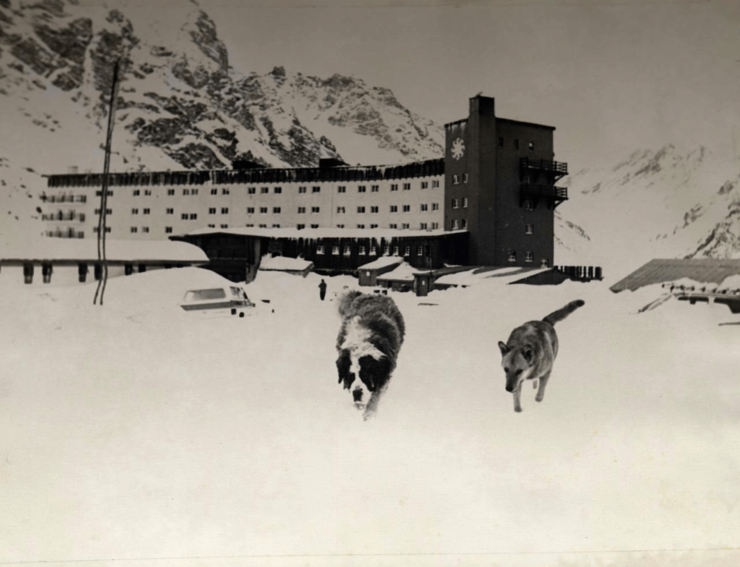 With the championship a year away, a typhoon hit Chile, delivering winds up to 125mph. The storm brought large amounts of snow, triggering avalanches that destroyed almost all of the recently installed ski lifts. Ski teams that had gathered for the pre-championship race were trapped in Portillo and once the weather improved, they departed, skiing to the nearest train station, 20 miles away. Bob Purcell assured FIS that he would rebuild the ski area and host the World Championship in 1966 as planned. 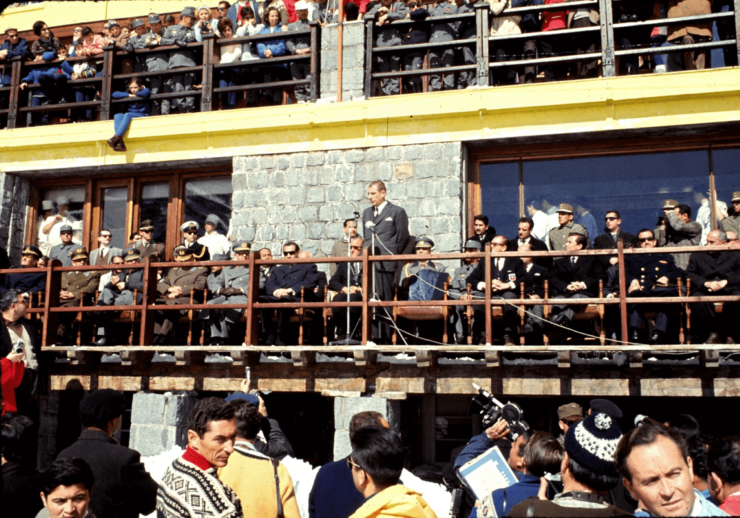 After enormous efforts to rebuild the hotel and the slopes in less than one year, Ski Portillo was ready to host the first ever World Ski Championship in South America. In August,1966, the FIS president, together withChilean president, Eduardo Frei Montalva, inaugurated the event. After behaving poorly the previous year, nature blessed the event with sunny days, cold weather, and perfect snow conditions. The championship was a success, and skiers from around the world realized the opportunity to ski, compete, and train beyond the Northern Hemisphere winter. 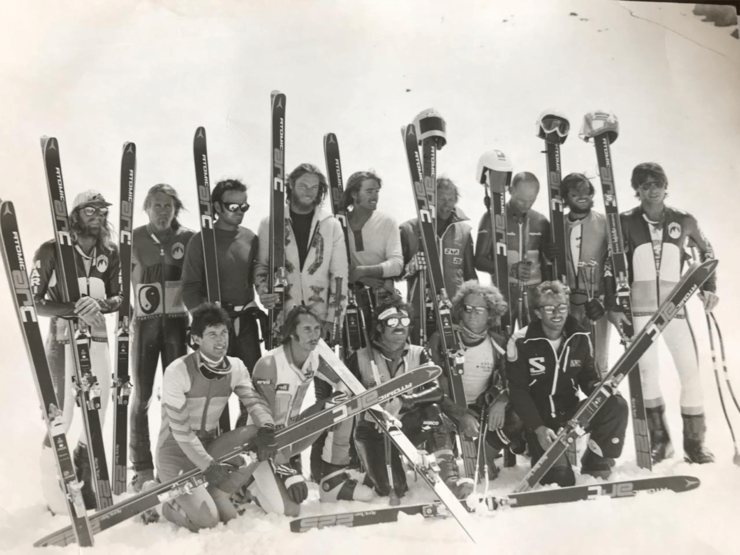 The first version of the speed trials was in 1956 in Portillo, where skiers wanted to test the maximum speed they could reach on skis. The highest mark at that time was 168 kph/ 105mph, a record which was broken at Portillo by Steve McKinney in 1978, when he became the first person to reach 200 kph/ 124 mph, establishing a new world record. 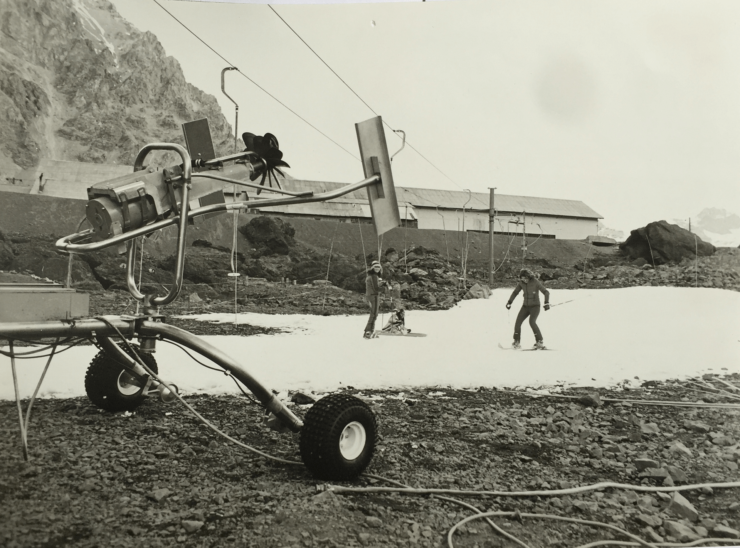 Low snowfall had affected ski resorts around the world during certain seasons. To help combat seasons with a lack of natural snow, iPortillo installed the first snowmaking machines in South America in 1994.. This became a vital tool in setting a strong foundation at the beginning of the season and ensuring good skiing conditions regardless of the weather. 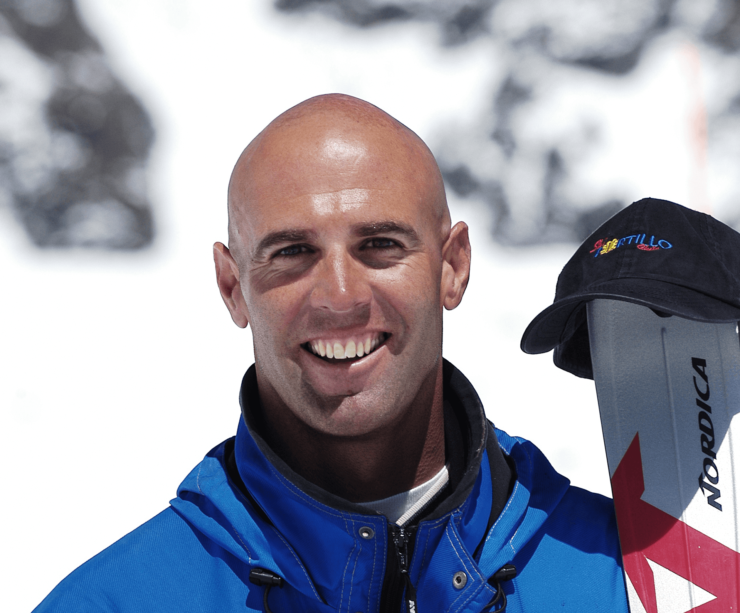 In the late 1990’s Mike Rogan arrived at Portillo to direct the Ski School. With more than a decade chasing winters to teach skiing in the North and South Hemisphere, Mike brought a new perspective to Portillo. He introduced new equipment and a modern teaching and skiing technique to the instructor and guests. Today, Mike is the Operations Manager at the resort. 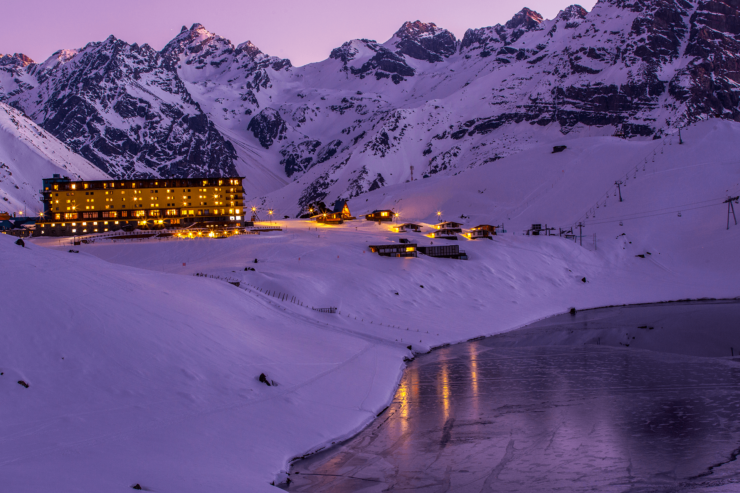 In 2019, Portillo celebrated 70 years of operation, seven decades of fun and passion for the mountains. Many of the team members still welcome guests every season and creating new lasting memories.

Get to know our team

Lake of the Incas Legend
What people say about us.
Ver todo keyboard_arrow_right
Pictures at Portillo ski resort, Chile 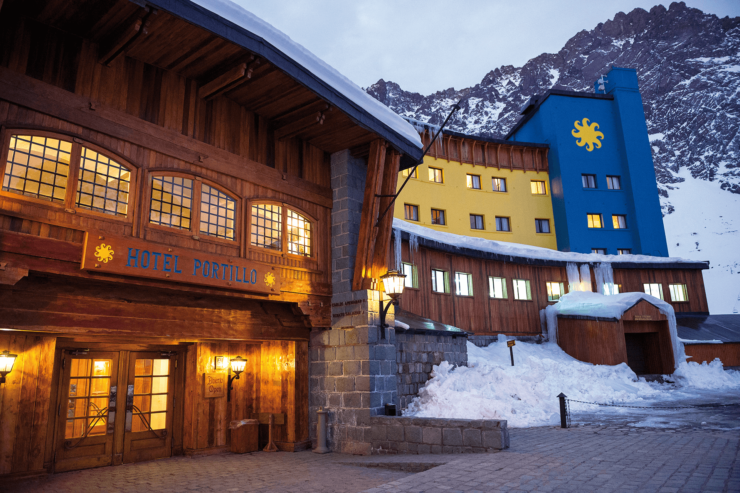 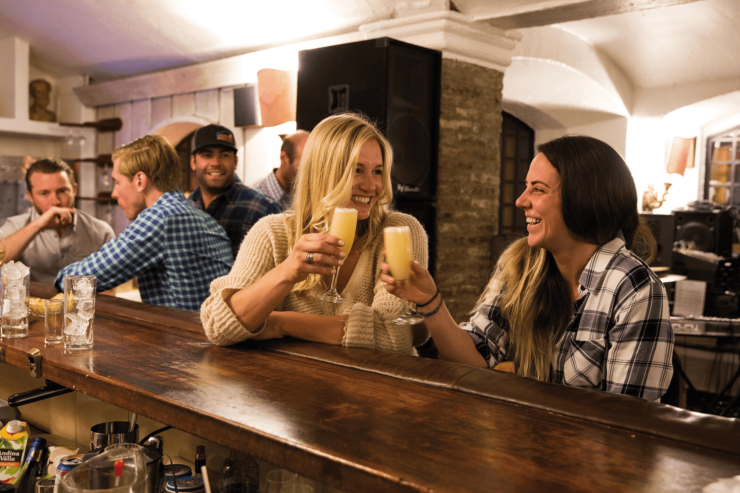 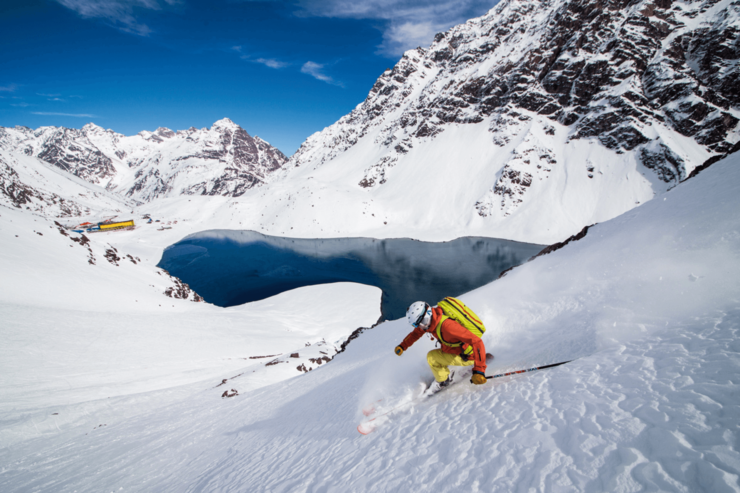 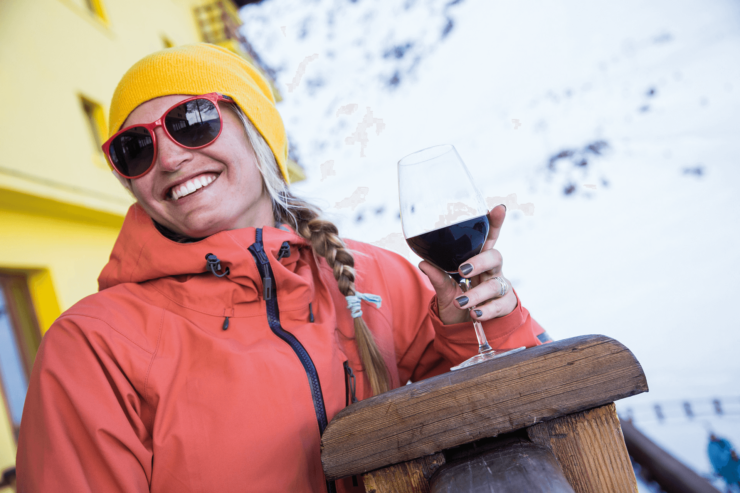 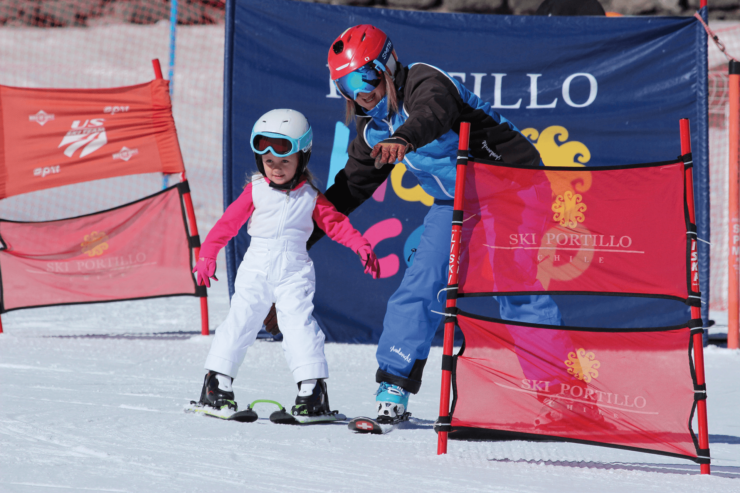 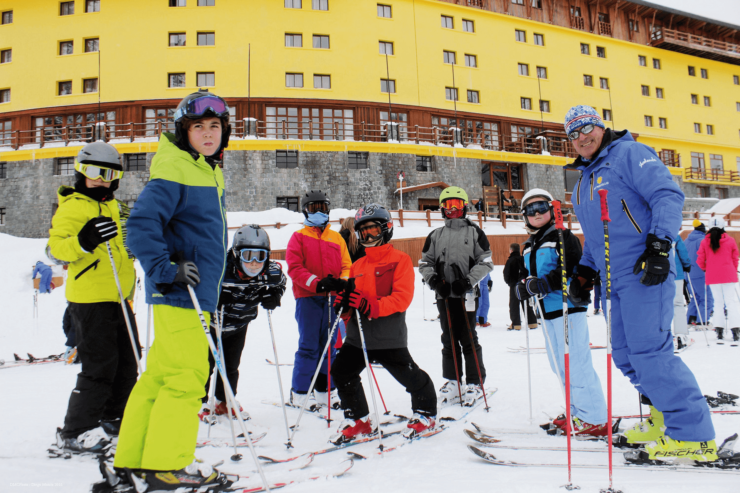 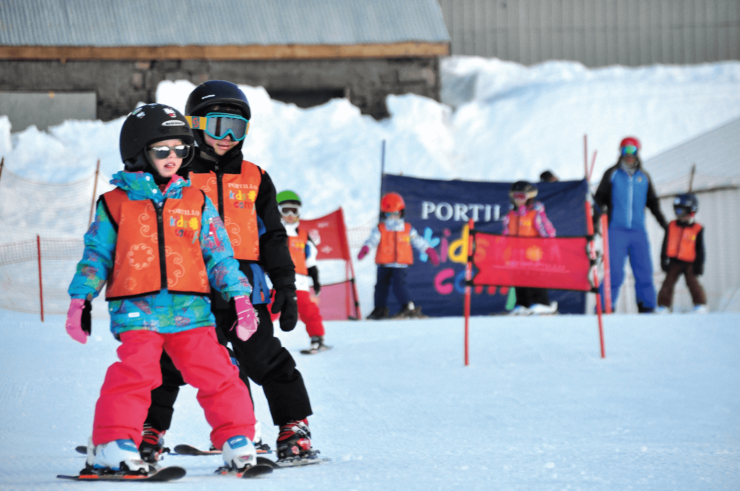 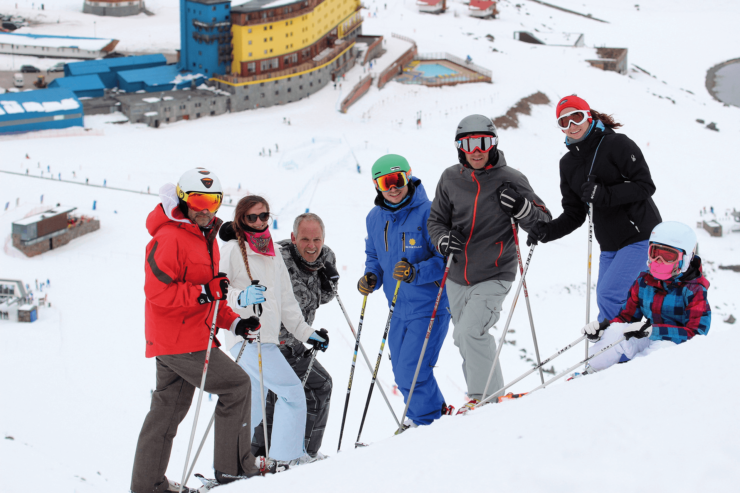 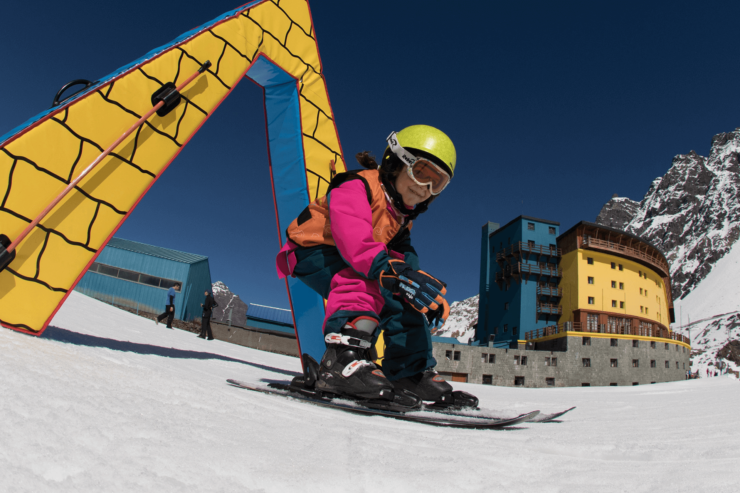 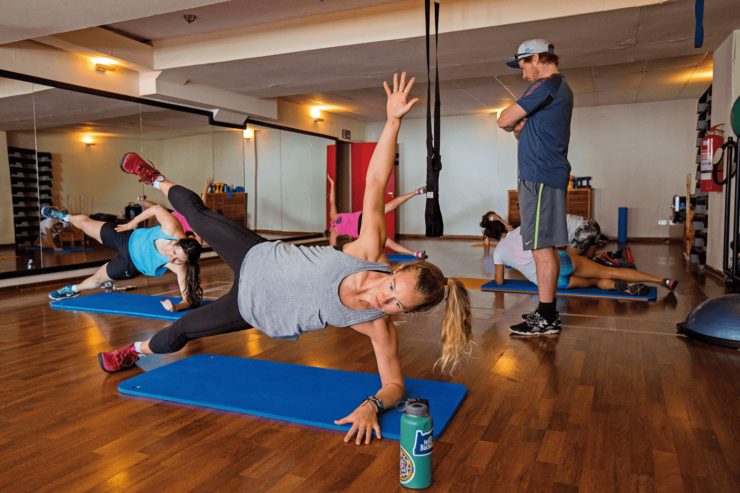 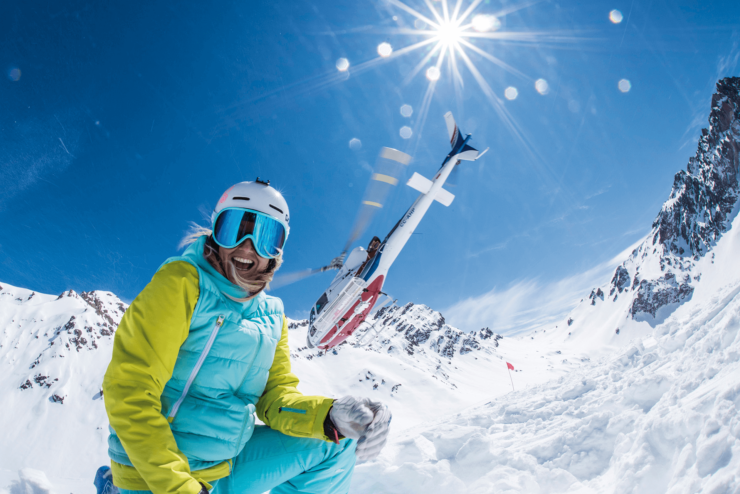 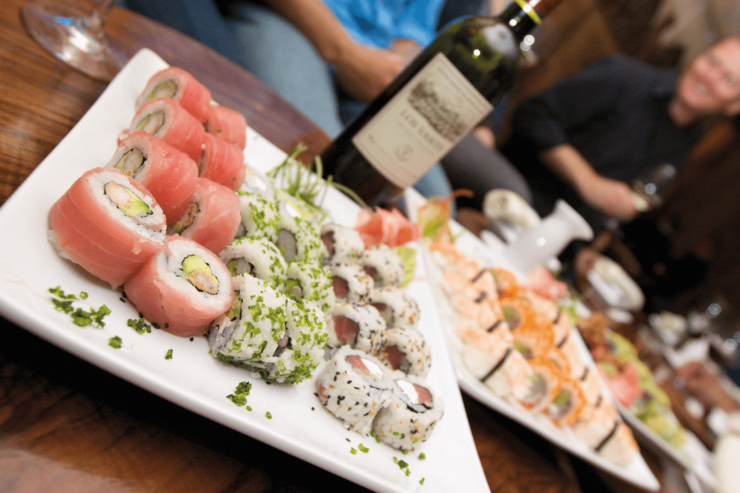 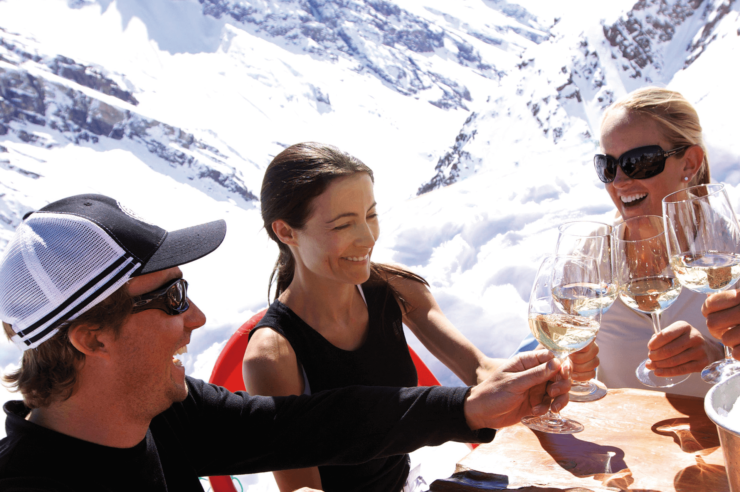 Are you interested in a stay?
From the:
Until the:
The End Date must be greater than the Start Date
All fields are required
You must Select at least 1 Adult visitor
Who is coming to stay?
0 Adults, 0 Youth, 0 Children, 0 Infants
Who you are coming with?
0
Adults
0
Youth
0
Children
0
Infants
Plan your stay with us